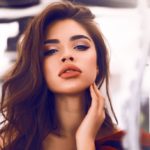 PermaLip® – a new more permanent solution for full lips There is a definite trend for full pouty lips thanks to Angelina Jolie and the Kardashians and many other new trendsetters. But even if you don’t want over-the-top, just a little more plumpness with a natural look, it might take some doing. Not everyone is […]

Sometimes women need a breast lift to lift sagging breast tissue and low-hanging areolas. Most often, it is the result of breast-feeding, weight loss, or simply aging. Often though, the deflated breasts may also need a little more roundness across the upper poles after the breasts are lifted. If only a little more fullness is […]

Tummy tuck patients can often benefit from touch up procedures to improve their result, even years after the procedure. A good result can turn into a great one with a little post-operative re-visionary surgery. Many patients feel like it’s icing on the cake if they return for liposuction of the upper abdomen, groin and hips […]

Have you had your breast implants over ten years? Now that they have settled with time, do you wonder if it’s possible to do a little upgrading? You may have noticed some sagging, rippling or hardness over time, which are sometimes par for the course as time marches on and you experience pregnancies and weight […]

What can I do if I’m shaped like an apple?

Published on March 7, 2019 by Barbara Howard

Some people accumulate just as much or more abdominal fat internally around and between their organs in the same way they accumulate fat right beneath the skin. Unfortunately, the intra-abdominal fat (also called Visceral Fat) cannot be removed with either a tummy tuck or liposuction, leaving only one alternative: the dreaded diet and exercise! You […]

Can you really freeze away fat?

Published on February 28, 2019 by Barbara Howard

CoolSculpting vs. Liposuction The technical term for freezing fat is “cryolipolysis.” It literally uses extreme cold to freeze an area of underlying fat through the skin’s surface, leaving the dead fat cells to be eliminated by the body naturally. The company leader in the industry is Zeltiq, makers of a device called Coolsculpt. You have […]

Published on February 21, 2019 by Barbara Howard

Fall and winter are a great time to repair your skin and get back a fresh glow. I am happy to now offer laser skin resurfacing of several different types. The Phoenix CO2 laser disburses gentle beams of infrared light. The energy is easily absorbed by our water-rich biological tissue. The laser vaporizes the top […]

Published on February 14, 2019 by Barbara Howard

Fat removal is one of the most sought after procedures. Many of us struggle with areas of “stubborn fat” which don’t respond to diet or exercise. Liposuction is the direct suction of fat cells out of the body. Doctors talk about “areas” to be liposuctioned such as the upper and lower abdomen, the flanks or […]

A One-Two-Three Punch for Facial Rejuvenation

Published on September 11, 2018 by Barbara Howard 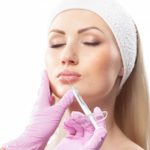 Many patients are interested in improving facial skin tone, texture, wrinkles, and discoloration. The good news is that there are ways to work on all of these problems…the bad news is that most people need a combination of therapies to achieve the best results. Howard Plastic Surgery keeps this in mind when creating the right […] 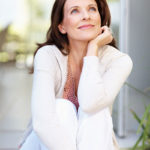 It has been said that the eyes are the “windows to your soul” because they are one of the best ways to express emotions. Unfortunately, your “windows” can be hard to appreciate if the skin around them is starting to hang or drape over. If so, blepharoplasty, or upper eyelid lift, may be the answer. […]